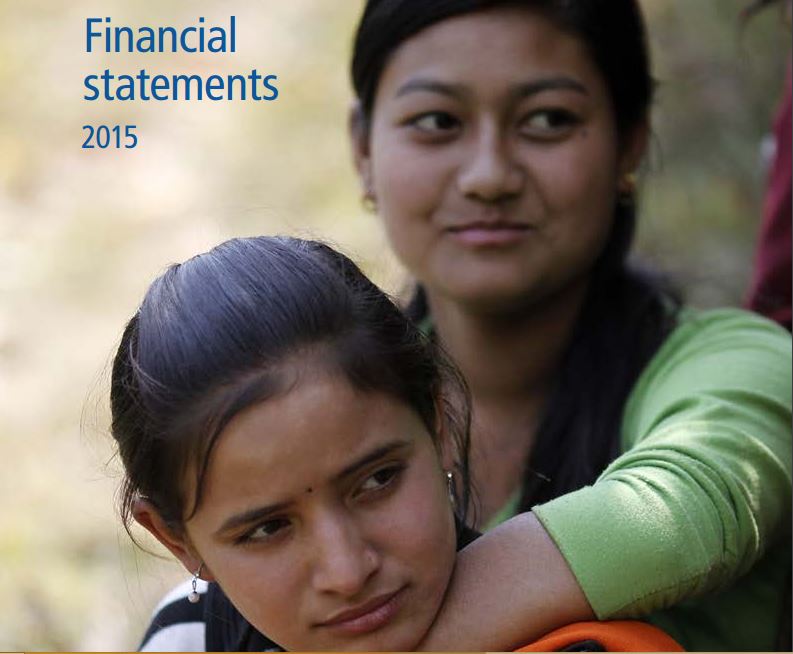 IPPF’s total income has fallen by US$10.0 million from US$126.2 million to US$116.2 million. This reduction is due to a fall in unrestricted government income of US$5.8 million, a reduction of restricted government income of US$6.2 million and reduced donations in kind of US$0.6 million offset by an increase in restricted grants from multilaterals of US$4m with the balance of US$0.9 million decrease in other income and trading activities. The total decrease is split between restricted and unrestricted funds by US$2.3 million and US$7.6 million respectively. With the exception of Norway and Japan, all government (more significantly Australia and Sweden) donors have held level or increased their unrestricted funding to IPPF in the donor currency. However the strengthening of the US dollar has had a significant impact, effectively reducing US dollar unrestricted income by approximately 14% on a like for like basis compared to 2014.

This has resulted in an unrestricted net operating expenditure of US$13.4 million before other unrecognized gains and losses and a restricted deficit of US$2.1 million, to generate a total operating deficit of US$15.6 million. After taking into account actuarial gain on the defined benefit pension scheme and investment losses the resulting net movement in funds was a reduction of US$13.6 million. The level of unrestricted income received was approximately US$4 million less than forecast primarily due to the strength of the US dollar versus donor currencies and the expenditure in excess of income levels was funded using approved designated funds (US$2m million). This resulted in a decrease in general reserves to US$21.9 million and a fall in designated reserves to US$73.3 million.